For many of us, a pint of beer is an enjoyable reward. But how much of that is down to what’s in the glass? Quite a lot, if the surging demand of craft beer is any yardstick.

The Gipsy Hill Brewery was set up to offer a high-quality craft beer choice to the market, and as a response to their own frustration at big breweries dominating the market, sometimes to the detriment of drinkers’ taste-buds.

“We were getting increasingly frustrated with how difficult it was to find a decent pint of proper, tasty beer,” says Gipsy Hill Brewery co-founder Sam McMeekin. “We wanted to address that, as well as do something about which we were deeply passionate.”

“The beer industry is contracting overall by a few percent a year, but, within this multi-billion-pound industry, craft beer is growing at roughly 20-30 per cent a year. That sort of growth can only come about because a huge consumer shift is happening.”

Educating drinkers remains a core goal of the brewery, which is seeing trends for food and drink to be sustainable and locally made from high-quality ingredients. But they are not alone in the market.

“Competition is ramping up in the craft beer world, so it’s hugely important to make sure we’re making the best possible beers we can,’ says Mr McMeekin.

“People expect craft beer to be more flavourful and better quality than mainstream beer. It is already tougher for craft breweries who aren’t hitting the quality benchmark that people are demanding. Everything we do at Gipsy Hill is about pushing the quality bar higher.”

So, are the days of the big brewers numbered? Mr Shaw says: “There will always be a market for big beer, so no. But all the growth and excitement in beer is in the craft category. We’re incredibly lucky to be able to spend our days making something we’re deeply passionate about.”

For any business to remain successful and to grow in an increasingly uncertain future, it will need  – like Gipsy Hill – to remember that, when it comes to strategy, it pays to keep a clear head. 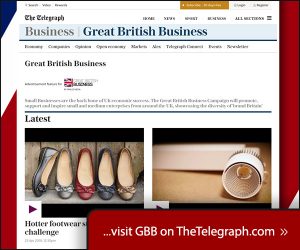